“Jong (aka Jonathan Garnier) is a composer from Paris.
He worked primarily as a graphic designer for a few years specializing in symbolism and photography. Eventually his passion for electronic music composition lead to his full devotion to sound.

After few years of djing and the creation of several soundtracks for various companies, he is now searching for a unique musical universe, an acoustic and electronic combinaison focused on deep and peacefull emotions.  He enjoys trying an array of orchestrations while staying true to his own impressions and personal touch.  Influenced by all kind of styles, he’s currently working on different projects such as downbeat music, electronic jazz and hip hop.”
(Hypo=Espresso, 2010) 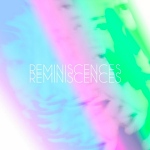